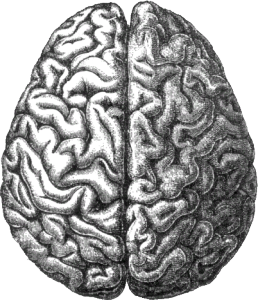 The most highly concentrated areas of GABA in the brain are the hypothalamus, cortex, and hippocampus. Neurons in the brain are kept apart by tiny spaces called synapses, by which a signal or transmission must travel to reach from neuron to neuron. Neurons in the brain are not connected; thus, GABA acts as a molecular bridge. More specifically, GABA will bind to GABA receptors in a neuron’s plasma membrane, causing chloride ions to enter the nerve cell and potassium ions to exit it. It is estimated that around 30-40% of neural synapses contain GABA.

GABA’s role in the brain as a natural relaxant is crucial to the understanding of how and why medications that are used to help against severe psychological and neurological disorders can do so. For example, consider seizures. Seizures occur when there is an unusually large amount of activity in the brain cortex. A method of controlling seizures is by using medications that interact with GABA receptors. These are known as GABA analogues or GABAergic drugs. They are benzodiazepines, and one such example is diazepam.

Some other drugs that causes GABA action to occur are barbituates, flumanezil, and alcohol. On the other hand, caffeine can negate the effects of GABA – ever wonder why people drink coffee to stay awake and active?

Benefits of having adequate GABA in the brain

Having sufficient GABA in the brain will also aid in deeper sleep cycles as well as a decrease in blood pressure. Those who suffer from anxiety disorders can also benefit from taking GABAergic drugs. GABA is also useful for symptomatic relief of arthritic conditions and back pain, and can also be used as a regulator for muscle tone.

Those who suffer from GABA deficiencies can take some GABA supplements in 200mg doses. There are GABA supplements in tablet and capsule form, and can be taken as much as 4 times a day or as your health care provider instructs you. There have been studies which show that GABA is generally incapable of crossing the blood brain barrier, but it is possible for it to enter the brain through spaces in the brain called ventricles.

Taken orally, it has been said that GABA in the brain is able to increase growth hormone levels and prolactin due to it affecting the pituitary gland.