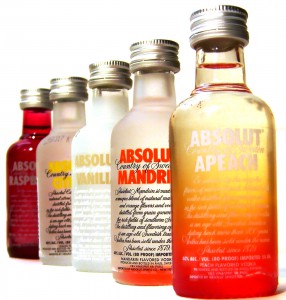 Drinking can make a person lower their inhibitions. For example. it can  make a withdrawn person open up, to feel more comfortable in situations where they might otherwise be extremely anxious in when less tipsy or otherwise completely sober. Knowing that GABA is a major inhibitor in the brain that limits the production of many chemicals which might cause one to feel anxious or nervous, naturally it would be assumed that there is some sort of connection.

Alcohol is thought to imitate the effect of GABA on the brain, similar to GABA-like products which have been employed to reduce spasms. That’s because much like GABA, it also inhibits glutamate, a major excitatory neurotransmitter.

Alcohol also contributes to the release of other inhibitors like serotonin and dopamine. In fact, drinking even a minute amount of alcohol can cause an increase of dopamine in the part of the brain called the nucleus accumbens, colloquially referred to as a “reward center” in the brain.

It is highly possible that glutamate receptors and GABA found in some of the so called “reward centers” of the brain combine to make a positive reinforcement system. To be more precise, many neurotransmitters in different parts of the brain chain to make drinking alcohol, even in small doses, enjoyable.

However, there are side effects to this that can affect you in the short term. These range from a mild buzz to impaired reaction times, which is why drinking and driving should never go together. For the long term, as is common when a drug is relied upon too much, the body builds up a tolerance to it, as well as a dependence (addiction).

It is unfortunate that the brain usually does not notice that the result of relief that alcohol provides is only in the short term. When an individual drinks too much, the GABA function in their brain will be depleted as well as, possibly, an overly sensitive glutamate system.

Alcoholics feel great when boozing off, but it is very brief and temporary. Their constant need to get buzzed to feel the sensations of the reward centers ultimately makes the system worse off by eventually building a high tolerance and dependence on it.